How ARAMIS stacks up against Extensometers

ARAMIS How ARAMIS stacks up 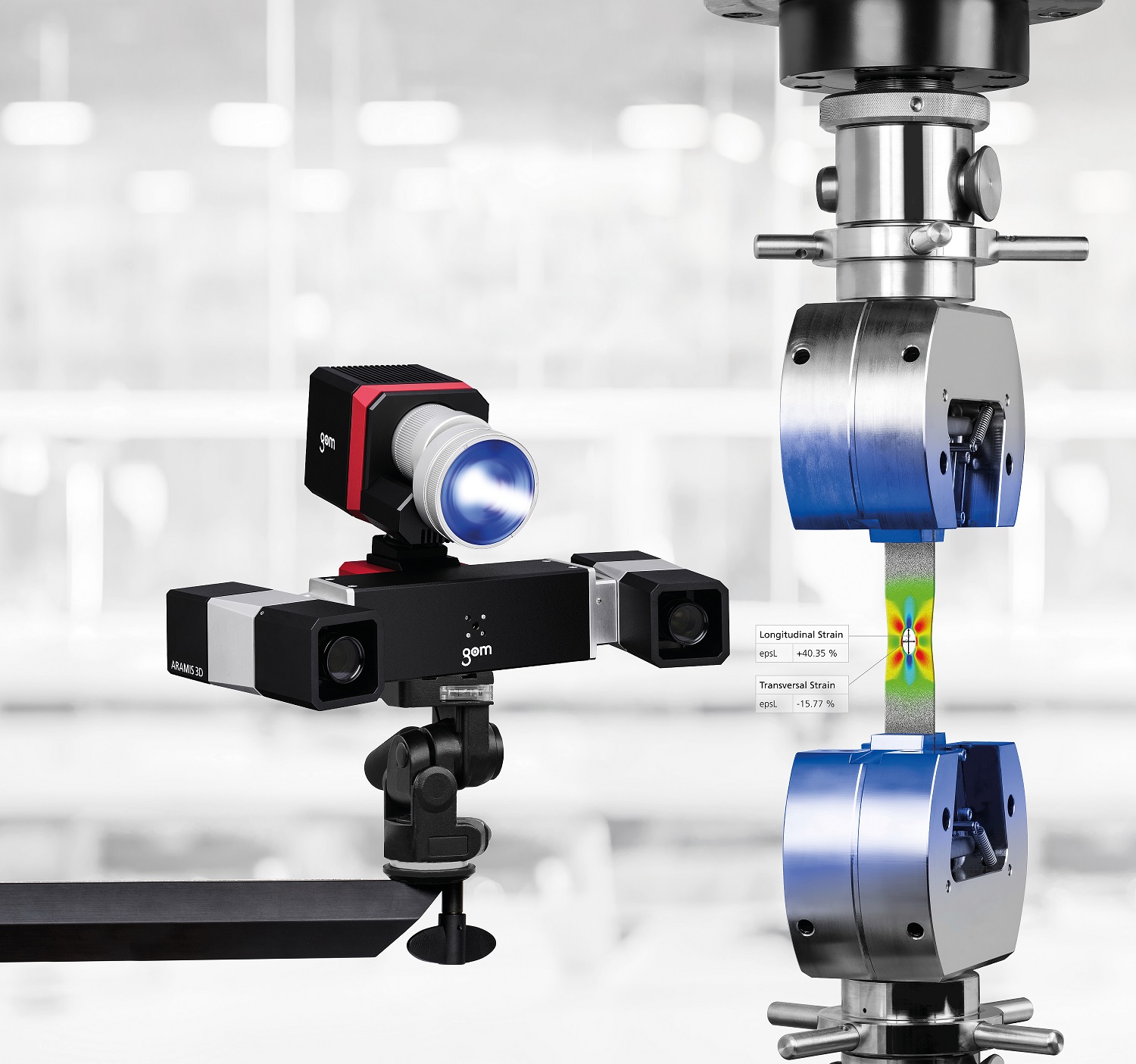 Materials testing is critical to input simulation models with the correct information. Engineers have been using physical extensometers, like clip gauges, for decades. They provide a measure of the strain between two points. This strain is then used for materials characterization (stress-strain curve, Poisson's ratio, etc.). In the 90s and the 2000s, non-contact extensometers were first developed, like laser extensometers or video extensometers. These systems allow measurements that were not possible before, such as at high temperatures or on thin materials. But these systems are typically less sensitive than traditional extensometers (sensitive to out-of-plane motion, producing fake readings of strain). Also, they are still limited to a 2-point measurement (4 points are possible on some models).

ARAMIS was developed as a non-contact alternative to physical sensors like strain gauges or extensometers. Based on 3D Digital Image Correlation (DIC), ARAMIS optically tracks features in 3D on the surface of components. It is, therefore, possible to track 2 or 4 points to match the capability of traditional, laser, or video extensometers. But ARAMIS offers much more than that. By measuring the dynamic shape, displacement, and strain maps of the coupon, it is possible to get much more out of a simple tensile test, like necking behaviors, Lüders bands, local delamination, negative effects of coupon clamping, and more.

Benefits of ARAMIS as an Alternative to Extensometers

How to Implement ARAMIS in a Materials Laboratory?

The ARAMIS system can be mounted on a load frame, much like a laser or video extensometer. The ARAMIS Professional software controls the cameras seamlessly and outputs a full 3D mesh of the tested coupon, with options to display the dynamic shape, displacements, and axial or principal strain maps. The automated materials scripts and templates can then be used to quickly calculate all material properties according to common ASTM and ISO standards. When you mass-produce everyday objects, you need to ensure that not only are your clients are happy but that their bottom-line consumer is happy with...

With today’s delayed supply chain, you don’t have the time or the resources to make errors when it comes to quality inspection of your parts, or to...

How our CT's improve epipens

Anytime an EpiPen is needed, it must work flawlessly 100% of the time. Using Zeiss’ Computed Tomography lineup ensures that your life-saving product...